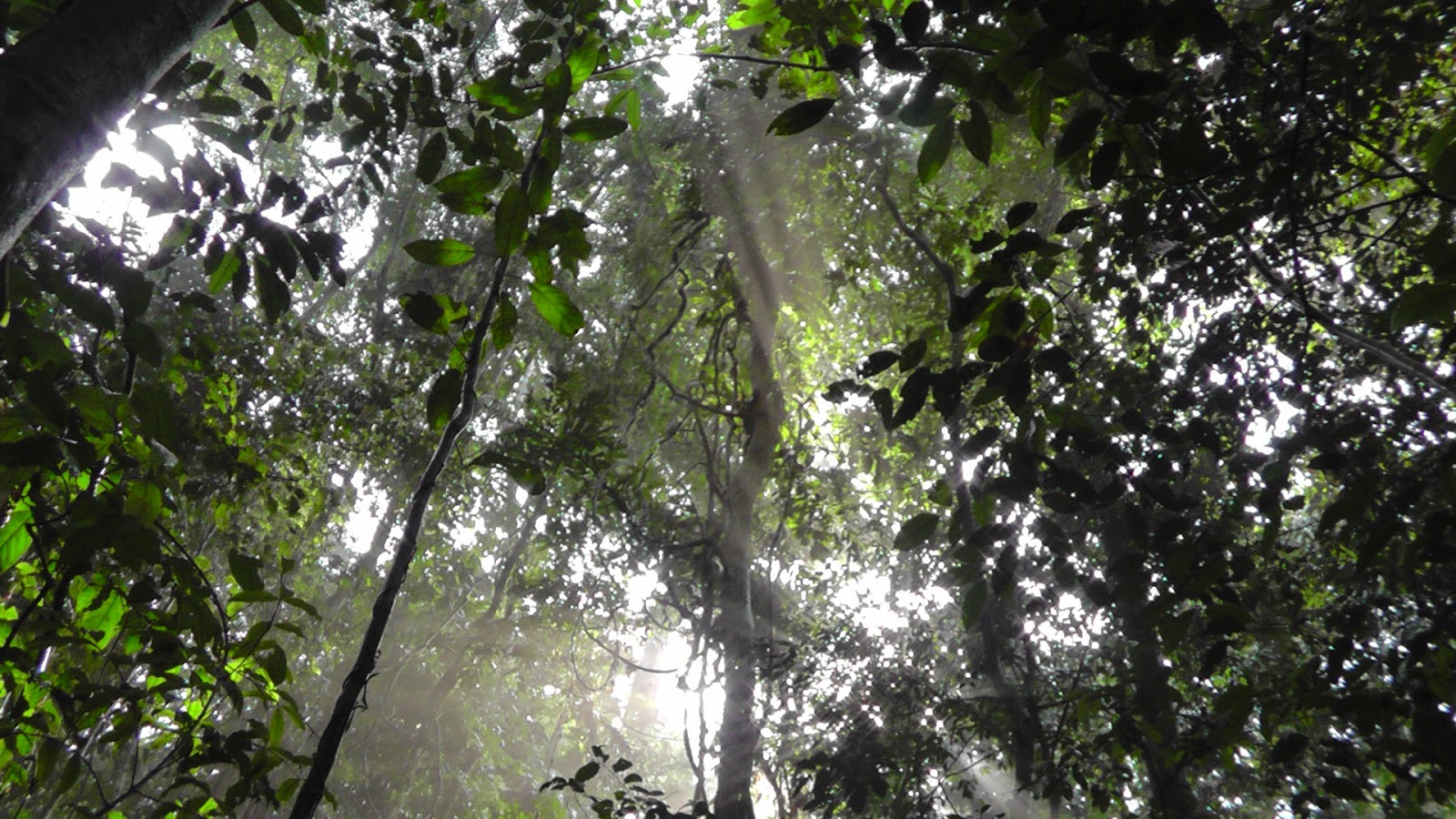 Five months is a long time, but now that I'm back in St Andrews, it feels like I was only away for a few weeks. My experience at Wamba was different this time - as I was collecting data for my own PhD, I was much more self-critical. Last time, I simply followed the methods and instructions that were given to me as a research assistant, but this time I had to constantly assess my own methods. Was it worth following focal individuals, recording their behaviour at 5 minute intervals, as well as taking video? Or better to just collect video of focal behaviour? After all, the bulk of my PhD will concern describing the gestural repertoire and gesture meanings, which only requires video, but lots of it. I'm glad that I decided to do both, as having focal individual data will allow me to ask questions about the social behaviour of wild bonobos in relation to their gestural communication.

Another novelty was that this time I followed Wamba's second bonobo group - P group. A new area of the forest, new set of trails, 24 new individuals to identify. Kame Kake's range is enormous, because of the eradication through hunting of neighbouring bonobo groups during the two civil wars, and therefore they rarely encounter other groups. However, P group frequently encounters neighbouring group P west, thus named because at first it seemed like they were just two sub-groups of one big unit group. Now though, we consider them separate because of the fact that membership is non-transferable between the two groups. They may encounter one or two days a month, or even range together for a week, like in June, but when they separate they keep the same members every time. P group also encounters with two other groups Gori group and Olochi group, but less is known about them. In my last week, Kame Kake crossed Lokoli river and entered P group's forest. I hoped that I would see my two study groups encounter, but alas it was not to be.

Now that I'm back, it's time to put together my first year report. Then I'll begin to code all of the video footage that I collected in the last 5 months. By the time I'm done coding, it will almost be time to return to Wamba for my second field season. I expect these next 6 months will fly by as quickly as the last!
Email ThisBlogThis!Share to TwitterShare to FacebookShare to Pinterest