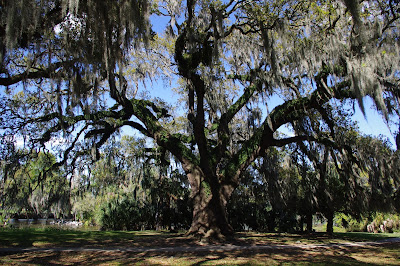 The third day of Evolang kicked off with an insightful debate on whether animal communication can have meaning. You can read here from the side that says meaning requires higher mental representation (wanting someone to think that you think that they think) and here from the side that says great ape's basic intentional communication (wanting someone to do something) is enough for meaning. Language is "ostensive" - we overtly make another person know that we are communicating with them. Not only the debate, but several talks covered whether great apes get ostension. Without further ado, here are some talks from the last two days of Evolang:

Scott-Phillips, T. Debating primate pragmatics
Meaning requires overt and covert intentional communication (showing someone that you’re communicating to them and communicating to someone but hiding your communicative intent, respectively), and there is no evidence that non-human primates do this.

Moore, R. Apes, humans, and the phylogenetic emergence of Gricean communication
Meaning only requires first order intentionality (intending to change the behaviour of another), which great apes have, and if you use Scott-Philips definition (above) then kids aren’t Gricean communicators either.

Edmiston, P. et al. The fidelity of iterated vocal imitation
When people invent new words for strange sounds, e.g. breaking glass, the invented words retain their resemblance to the original, e.g. kuhklank, such that other people can recognise what sound the new word refers to.

Jarvis, E. Neurobiology of vocal communication in song birds
In birds that do vocal learning, the brain areas that control vocalisations and motor learning are more strongly connected, which allows vocal learning.

Meguerditchian, A. et al. Human-like brain specialization in baboons
Baboons, like humans, have hemisphere specialisation (a specific ability is done in one side of the brain) linked to handedness in areas that are important for language in humans.

Engesser, S. et al. Meaningful call combinations and compositional processing in a social bird
A species of Babbler (bird) can combine a low-urgency alert call with a recruitment call to form a new “high threat” meaning.

Pika, S. Cooperative communication: What do primates and corvids have to tell?
Conversation analysis reveals that chimp and bonobo turn-taking has a similar participation framework (the circle of who is communicating and who is receiving communication), adjacency pairs (relation between one turn and the next), and temporal relationships (time between turns) to humans.

Pepperberg, I.M. et al. Parrot “phonological regression”
Parrots that are trained to talk show a similar u-shaped development to human children, in that they acquire a sound, then it becomes worse, and then it improves and crystallises.

Falk, D. Evo-Devo & the evolution of language
Maybe language evolved by “baby, the trendsetter” – with bipedalism and hair loss, mothers couldn’t carry their babies as well and sometimes had to put them down, then the babies cried and the mothers made noises to comfort them.

Sonnweber, R. and Ravigni, A. Chimpanzees process structural isomorphisms across sensory modalities
Chimps can learn to distinguish patterns on a touch screen and can draw a link between similar visual and auditory patterns.

Cartmill, E. Lasting impacts of the code model on primate communication research
By treating ape communication as a code model and looking specifically for signs that are linked predictably to outcomes, we ignore a large portion of ambiguous gestures and gestures that don’t receive responses.

Lameira, A. et al. Cumulative vocal cultures in orangutans and their ontogenetic origins
Variation in wild orangutan calls suggests cultural differences, and in this study one young male used far more vocal call types than all other individuals, which may represent a critical learning period.
Email ThisBlogThis!Share to TwitterShare to FacebookShare to Pinterest